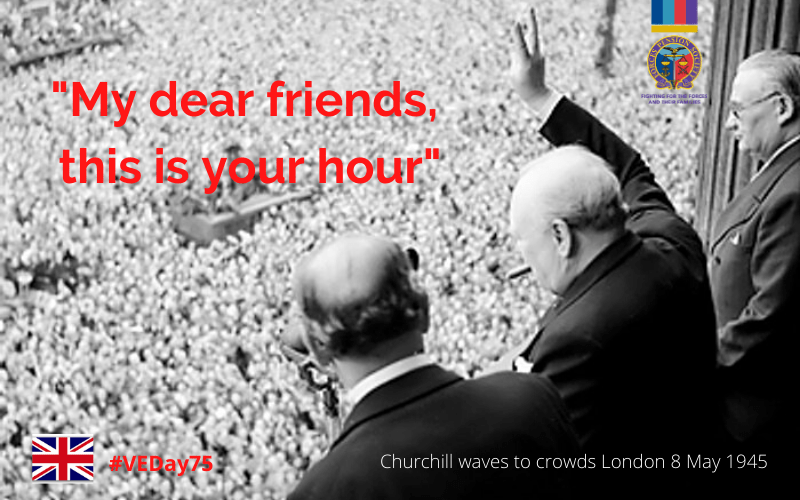 On the 75th anniversary of Victory in Europe, we say thank you to the great generation, the heroes of our nation, never forgotten.

Although many of the original events organised to celebrate VE Day have been cancelled, The Royal British Legion calls on the nation to mark the 75th anniversary of VE Day from home. The RBL encourages people to

Join us on Friday 8 May as we pay tribute to the service and sacrifice of the entire Second World War generation, from British, Commonwealth and Allied Forces to evacuees and those who served on the home front. As we face some of the most challenging times since the end of the Second World War, now more than ever it is important to unite in recognition of service to the nation, just as communities did 75 years ago.

At 11:00 there will be a two minute silence to honour the service and sacrifice of the Second World War generation and reflect on the devastating impact Covid-19 has had on so many lives across the world.

If you would like to see the full list of Virtual VE Day celebrations click here and you can find out how you can get involved at home here.