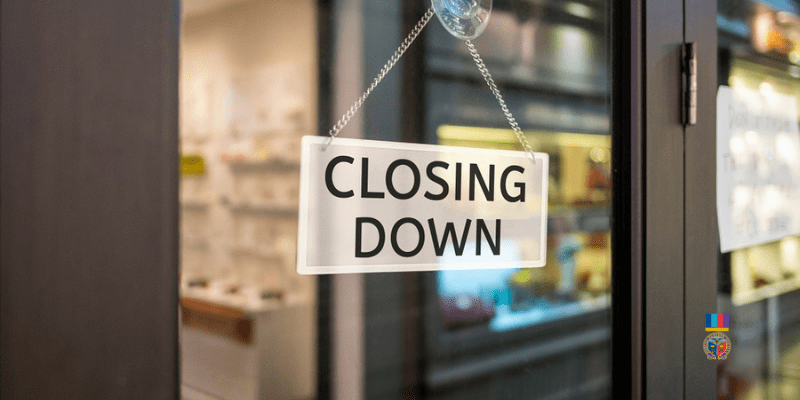 Recent news of the demise of retail giants Arcadia and Debenhams have highlighted the sad plight of many firms and their employees. Many of those affected employees are Armed Forces veterans.

This article considers the pension impacts for those veterans.

The first point to note is that your Armed Forces pension, whether it is in payment now, or deferred until later, is not affected by these developments. You will continue to receive the full military pension which you have earned. (This point might seem obvious but these are stressful times for those affected and this type of reassurance is welcome and otherwise in short supply).

The position of your pension from your subsequent employer depends upon, the nature of the scheme that was offered and your position within it.

These are the arrangements that will have been offered by most employers to new employees in recent years. You may find that you were “auto-enrolled” into such a scheme. These plans are easiest to understand as it is the level of contribution that the employer pays into your plan that is “defined”. So the employer will agree to pay a certain percentage of your salary into your pension, sometimes the amount is determined by the amount of contribution you pay.

Your pension is then rather like a “piggy bank” in that all contributions are invested on your behalf and when you choose to retire, the amount that has been built up is typically applied to buy your pension benefits. There is no guarantee as to the likely level of pension to be provided, the employer is only committed to the agreed level of contribution on your behalf.

In the event that your employer gets into trouble, neither the employer nor their creditors can recover monies paid into these plans, so payments once made on your behalf, will remain for your benefit.

Similarly if you hold such a plan and have retired, your former employer going out of business should have no impact upon your pension entitlement.

These plans are similar to the Armed Forces Pension schemes in that they promise a given level of benefit in return for a period of participation in the scheme. The costs of providing those benefits, over and above the members’ required contribution levels, will generally fall upon the employer and can fluctuate wildly. Over the years these plans have become increasingly burdensome and most have been closed to new entrants and/or future accrual for some time. (The Debenhams final salary schemes closed to new members and further accrual in 2006).

If your employer had put you into a defined benefit plan prior to going out of business then it’s likely that your pension will be taken over by the Pension Protection Fund (PPF). PPF is “lifeboat” scheme for members of defined benefit schemes in the private sector where the employer has “sunk without trace”.

If you are already receiving a pension from such a scheme then the switch to the PPF should have no impact upon the pension that you will continue to receive (although if you were enjoying annual increases on your pension, these will now be restricted to the rate of inflation up to a maximum of 2.5% pa).

If your pension is yet to begin (perhaps you left the firm before retirement, or are an employee whose second career has been cut short by your employer’s demise) then your pension benefits will be paid in line with PPF policy. PPF policy is to secure 90% of pension entitlements earned up to the point that the company ceased to trade, subject to an overall age related limit which currently caps the pension payments for a 65 year old to c. £37,314 pa.

These are trying times for any veterans that are affected by the failure of their employer’s business. Some comfort may be derived from the fact that their second career pension is likely to be largely secure, whether they were in a defined contribution or defined benefit plan. Moreover the presence of an Armed Forces pension will not be taken into account when assessing the pension entitlement from the second career. As mentioned above, the Armed Forces pension will also not be affected by the subsequent failure of the veteran’s second career employer.