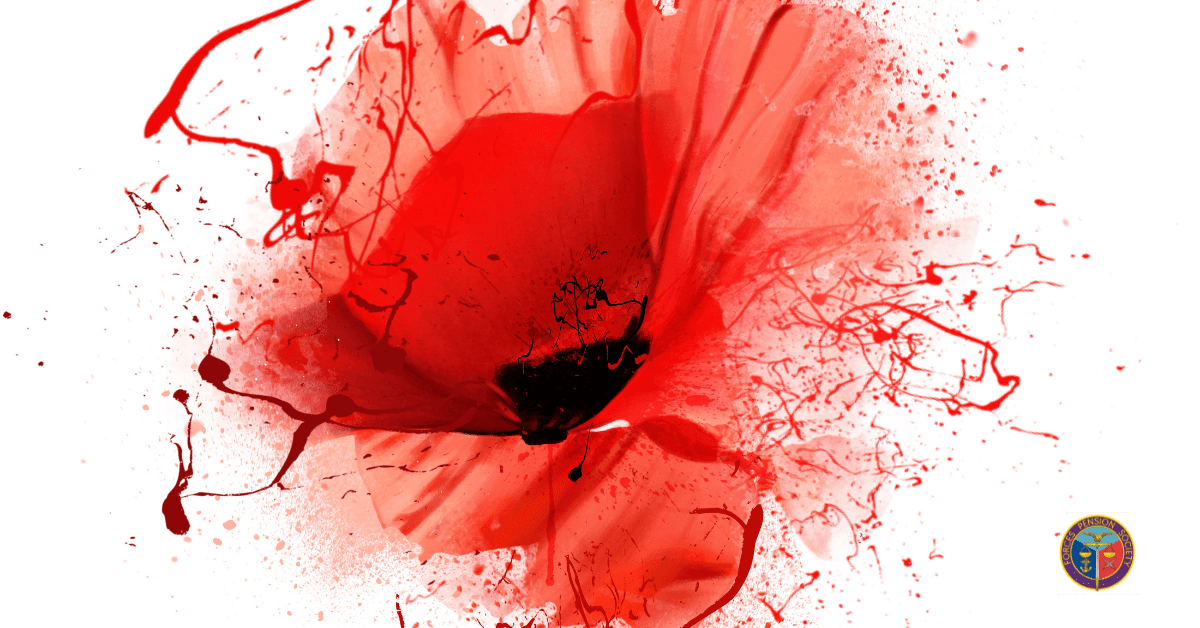 Known as Armistice Day and also Remembrance Day, the 11 November marks the day World War One ended, at 11am on the 11th day of the 11th month, in 1918.

A two-minute silence is held at 11am to remember and honour those gave their lives who were lost in wars around the world.

The Royal British Legion explains the Act of Remembrance

The Exhortation is recited:

They shall grow not old, as we that are left grow old:
Age shall not weary them, nor the years condemn.
At the going down of the sun and in the morning
We will remember them.

The Last Post is sounded.
(A Piper Lament may be included in Scotland.)

The Two Minute Silence is observed.

The Kohima Epitaph is recited (optional):

When you go home, tell them of us and say,
For your tomorrow, we gave our today.

After World War I, the poppy flourished in Europe. The red poppy came to symbolize the blood shed during battle following the publication of the wartime poem “In Flanders Fields.” The poem was written by Lieutenant Colonel John McCrae, M.D. while serving on the front lines.

American War Secretary, Moina Michael, inspired by the poem, bought poppies to sell to her friends to raise money for Servicemen in need after the First World War. This was adopted by The Royal British Legion in 1921 and in that year the first ever Poppy Appeal was launched, and the poppy has been adopted as a symbol of Remembrance ever since.

Remembrance Sunday is also marked each year, on the second Sunday in November. This year, on Sunday 14 November, the National Service of Remembrance will be held at the Cenotaph on Whitehall, London.

Starting at 11am, the service will commemorate the contribution of British and Commonwealth military and civilian servicemen and women involved in the two World Wars and later conflicts.

The Department for Digital, Culture, Media & Sport (DCMS) is the co­ordinator of the event, alongside colleagues from across government, the armed forces and veterans’ organisations.

No tickets or passes are needed for the event and the public are welcome to watch the ceremony from the pavements along Whitehall and Parliament Street. However, entry may be limited if the area becomes full. There will be video screens north of the Cenotaph, near the green outside the main Ministry of Defence building and outside the Scotland Office and south of the Cenotaph on the corner of King Charles Street.

f you are thinking of attending the commemorations in London, please note the schedule of the event below:

08:00: Whitehall opens to the public. The public is advised that space is limited. Please allow time to clear the police security procedures and you are advised not to bring large bags.

09:00: The Royal British Legion (TRBL) detachments form up on Horse Guards Parade and in Whitehall.

From 10:30: All detachments form up on the Cenotaph.

From 10:50: Participants process out onto the Cenotaph.

11:25: Cenotaph Service concludes and The Royal British Legion detachments disperse past the Cenotaph.