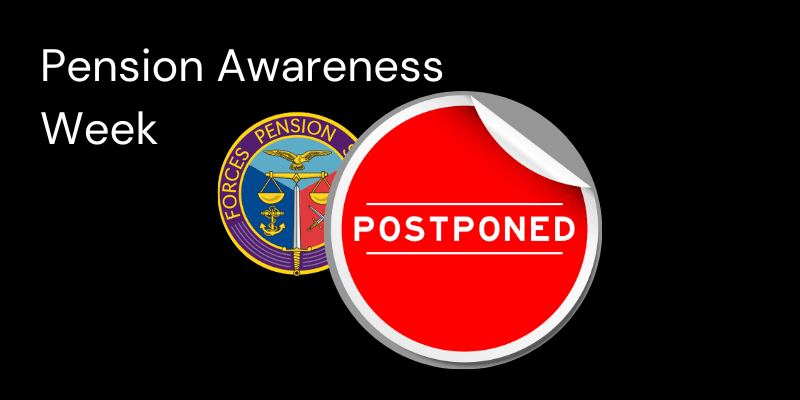 Out of respect for Her Late Majesty the Queen, and given the MoD have postponed their Armed Forces Pension Awareness Week (PAW), the Forces Pension Society will reschedule PAW 2022 to later this year.

We will announce a rescheduled date in due course.

The MoD’s announcement is below

“With deep sorrow, the death of Her Majesty Queen Elizabeth II was announced yesterday by the Royal Communications Office at Buckingham Palace. National mourning has now commenced and out of respect for Her Late Majesty the Queen, the Armed Forces and Civil Service Pension Awareness Week 2022 has been postponed. We will publish more information soon to update you on when the event will be rescheduled.“