We’re Recruiting! Join our Team as Head of Pensions 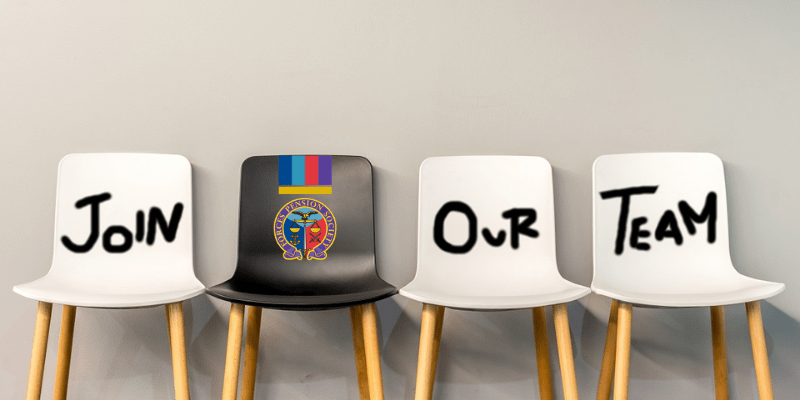 Are you a capable manager and leader with a background in Armed Forces pay and remuneration?  This could be the job for you!

The Head of Pensions is a member of the Society’s Executive Senior Management Team and the focal point for all issues associated with the Armed Forces Pension Schemes (AFPS). The successful candidate will lead the Pension Advisory Team (currently 8 strong) responsible for answering enquiries from members on all aspects associated with the AFPS

The Forces Pension Society (FPS) is a not-for-profit membership society which seeks to secure equitable pension conditions for all ranks of the Armed Forces, both serving and retired and their dependants, in line with modern good practice. The Society also advises and assists its growing membership (now numbering c60,000) on a wide range of pension and related issues. It also offers a host of other membership benefits. The Society has a full time staff of 17, supported by a number of consultants and is based in Vauxhall, South West London.

At the heart of the Society is the pension enquiry team which has steadily increased in strength over the last six years, from a single pension adviser to the current team of eight. The team provides detailed technical pension advice to serving and retired Service personnel concerning the operation of the various Armed Forces Pension Schemes. The steady expansion of the team has been brought about by an increasing thirst for pension knowledge amongst all Armed Forces personnel; and this in turn has been the result of greater complexity, particularly driven by the introduction of a new Armed Forces Pension Scheme in 2015, which gave many personnel entitlements under at least two different schemes. The key task of the team is to field questions from FPS members and provide accurate, authoritative, clear and timely replies, allowing them to make informed decisions about their future service and choices. The Head of Pensions is responsible for the team’s leadership and management, ensuring consistency and timeliness of advice as well as ensuring that the team keeps abreast of new developments and trends.

The team conducts most of its work by email but also offers advice by telephone and face-to-face. Whilst the primary task of the team is to answer membership questions, it is also expected to analyse its work to identify trends and current issues so as to inform the wider work of the Society.  The team also engages regularly with MOD in order to keep abreast of key issues and developments in the pensions arena and to exercise the Society’s holding to account responsibilities. Members of the team are active participants in the Society’s wider briefing effort. There are two strands to this work; the team provides regular and detailed talks on pensions issues to those about to leave the Armed Forces, by arrangement with MOD. It also assists with the Society’s wider briefing effort in liaison with the Society’s Roadshow Manager. The Head of Pensions is responsible for allocating staff and coordinating the team’s briefing contribution in both areas.  Through the Head of Pensions, the team also provides expert advice to the Chief Executive on issues of the moment and any ongoing campaigns.

The Head of Pensions will be expected to be a capable manager and leader with the equivalent experience associated with OF-4 rank, a background in Armed Forces pay and remuneration matters together with the interest in the issues, and the willingness to become a specific pensions expert in a reasonable timescale. The reputation of the Society rests upon the quality of its pension team and the successful candidate must enjoy both the confidence of the team and the external credibility to deal with members of the Society and the MOD alike. The Head of Pensions must be able to match the knowledge of the team members within short order, and ideally surpass it after a years’ tenure. This will require determined application. Military experience and a detailed knowledge of the Armed Forces will be essential.

Overall package of around £63,000 (comprising basic salary £57.7K and 10% employer pension contribution £5.7K) depending on experience, life assurance, 30 days annual leave plus bank holidays, paid sick leave and season ticket loan. Some working from home is the norm and can be negotiated on successful appointment. This post would be particularly suitable for someone with Pay Colonel or similar (SO1) experience.