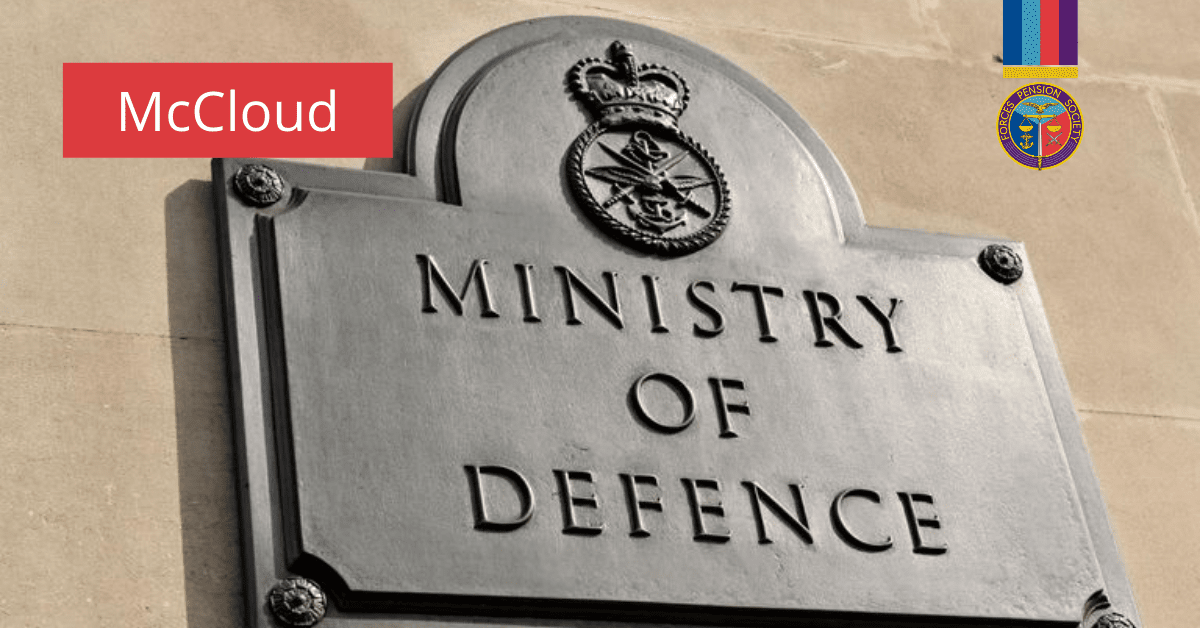 In order to implement the prospective remedy for McCloud, details of which are outlined below, the MOD are undertaking a public consultation which details the changes that will be made to the Armed Forces Pension Scheme (AFPS) regulations and the effect on members.

The consultation will explain the impact of the draft regulations, including the closing of the legacy pension schemes to further accrual from 31 March 2022, and the updating of transitional provisions to include those who previously did not move to AFPS 15. In addition, the regulations will make some retrospective changes to transitional provisions introduced in 2015 to remove age discrimination.

The consultation will apply to the Regular and Reserve UK Armed Forces personnel who will continue in service on 1 April 2022 as members of the AFPS 15.

This consultation begins on 22 November 2021 and ends on 31 January 2022 and views are encouraged from Serving Personnel and Veterans. You can find the prospective remedy consultation here

As part of the 2015 reforms to most public service pension schemes, those within 10 years of retirement were allowed to remain in their legacy pension scheme. Following legal challenges, in December 2018, the Court of Appeal found that the transitional protection arrangements applied to the judicial and firefighters pension schemes gave rise to unlawful discrimination against younger members. As a result, in July 2020, the Government published a public consultation where it was confirmed that they would remove the age discrimination for the whole of the public sector. This would be achieved by giving eligible public sector workers the opportunity to choose which scheme benefits they would wish to receive (legacy scheme or the reformed 2015 scheme) for the period of 1 April 2015 – 31 March 2022 – known as the remedy period. The remedy applies to pension scheme members who were in service both on or before 31 March 2012 and on 1 April 2015, including those with a gap in service no longer than 5 years. The prospective remedy will move all Armed Forces personnel serving on and after 1 April 2022 onto the Armed Forces Pension Scheme 2015.