Welcome to the Team! 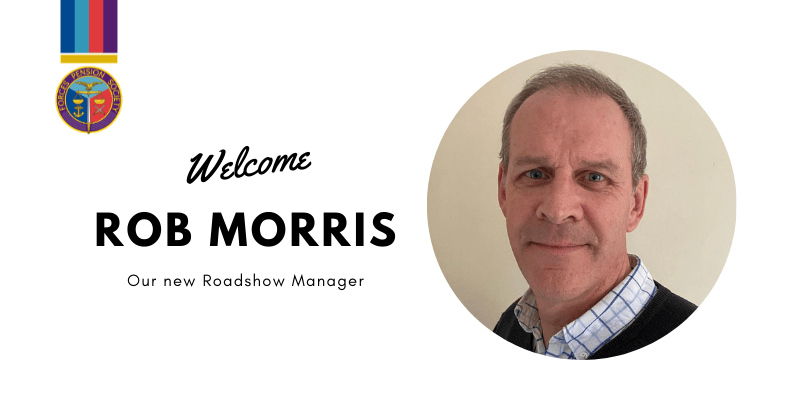 We’re delighted to introduce Rob Morris who recently joined the Society as the new Roadshow Manager.

Rob recently retired from the Army, and as a former Colonel he held a variety of senior roles in the Royal Military Police including command of a regiment and being Head of Investigations.

His primary role is as Roadshow Manager is coordinating and delivering the Society’s roadshow engagements to serving audiences, including Volunteer Reserves, in the UK and overseas.

Rob replaces Ali Waddie who has moved over to join our Pensions Team as a Forces Pensions Consultant.

We hope you’ll join us in welcoming Rob, and wishing him well in his new role with us.

And, for those units/groups wishing to book in a pension brief or webinar you can contact Rob on roadshows@forpen.co.uk

Meet the rest of the team here