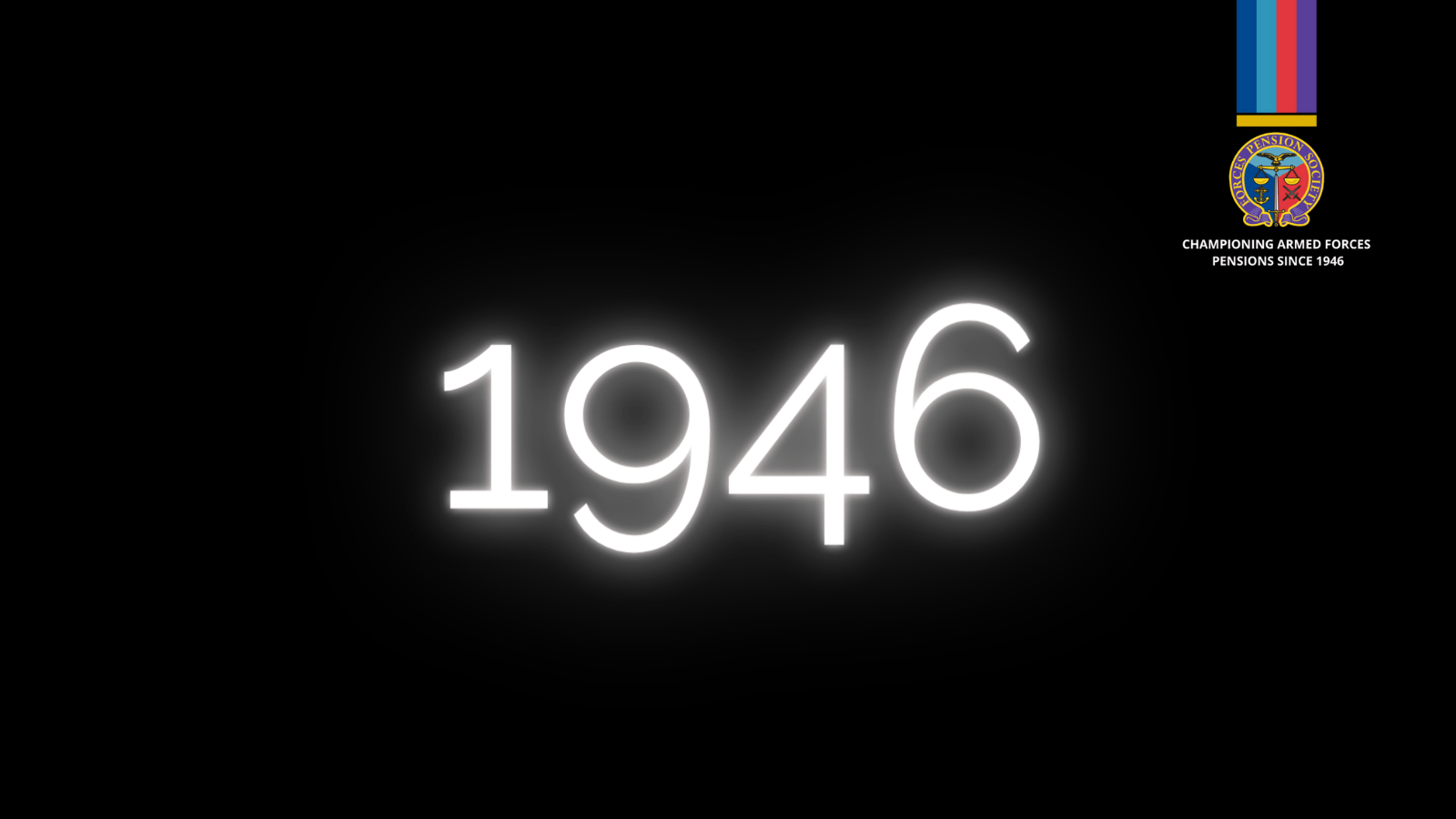 The year of the Forces Pension Society’s launch in 1946 was a pretty remarkable one.

Landmark legislation paved the way for the NHS, the basic state pension and the creation of new towns, the Bank of England was nationalised, London Heathrow opened for civilian and international flights, driving tests resumed, and Derby County beat Charlton Athletic 4–1 in the FA Cup.

Here’s a pension snapshot of those ‘heady’ post-war days.

The yearly Armed Forces pension collected by an Army Captain in 1946 who had served a full 16-year career (there was no pension progression for extra years served then) was £375. Higher up the ranks, a Colonel with 26 years’ service was paid £825 a year, and a Brigadier with 28 years’ service £900.

And did you know…?

Prime Minister Clement Attlee’s salary under the Ministers of the Crown Act 1937 In the 2020-21 financial year, Boris Johnson will receive £81,932 for being an MP and is entitled to an additional £79,469 for his role as PM