A Visit from the Shadow Veterans Minister 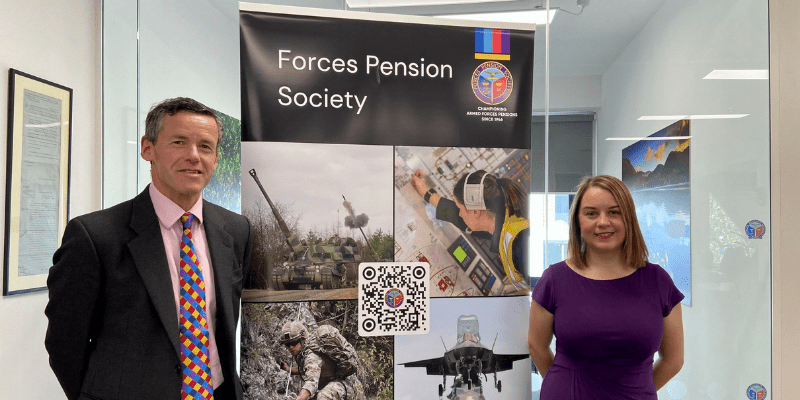 We were delighted to host Stephanie Peacock MP, Shadow Veterans Minister at our Vauxhall offices today.

During a meeting with the Chief Executive, they discussed the purpose of the Armed Forces Pension Scheme (AFPS) and its role in sustaining operationally effective Armed Forces (a subject we’ve spoken about previously here), the background to and key features of the 2015 Scheme and the important bond of trust required between Government/policy makers and those who serve, particularly as it relates to the appropriate provision and effective administration of the AFPS.

We also took the opportunity to update Stephanie on the background to and implementation of the McCloud Remedy and the ongoing legal challenge to the 2016 Cost Control Valuation Exercise.

A lot covered but very important subjects to keep firmly on the radars of our Parliamentarians!